The Challenge of Fairness Audits 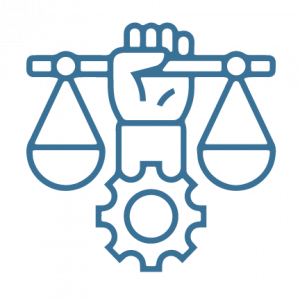 Many vendors provide “fairness audits” that claim to be able to measure when bias is taking place and recommend course corrections. In practice, many of these tools have only considered race and gender as dimensions of diversity. And if they are considering disability, the methodology behind it is likely flawed.

In 1978, the federal government adopted the Uniform Guidelines for Employee Selection Procedures to determine what constitutes a discriminatory employment test or personnel decision. It states “a selection rate for any race, sex, or ethnic group which is less than four-fifths (or 80%) of the rate for the group with the highest rate will generally be regarded by the Federal enforcement agencies as evidence of adverse impact, while a greater than four-fifths rate will generally not be regarded by Federal enforcement agencies as evidence of adverse impact.” 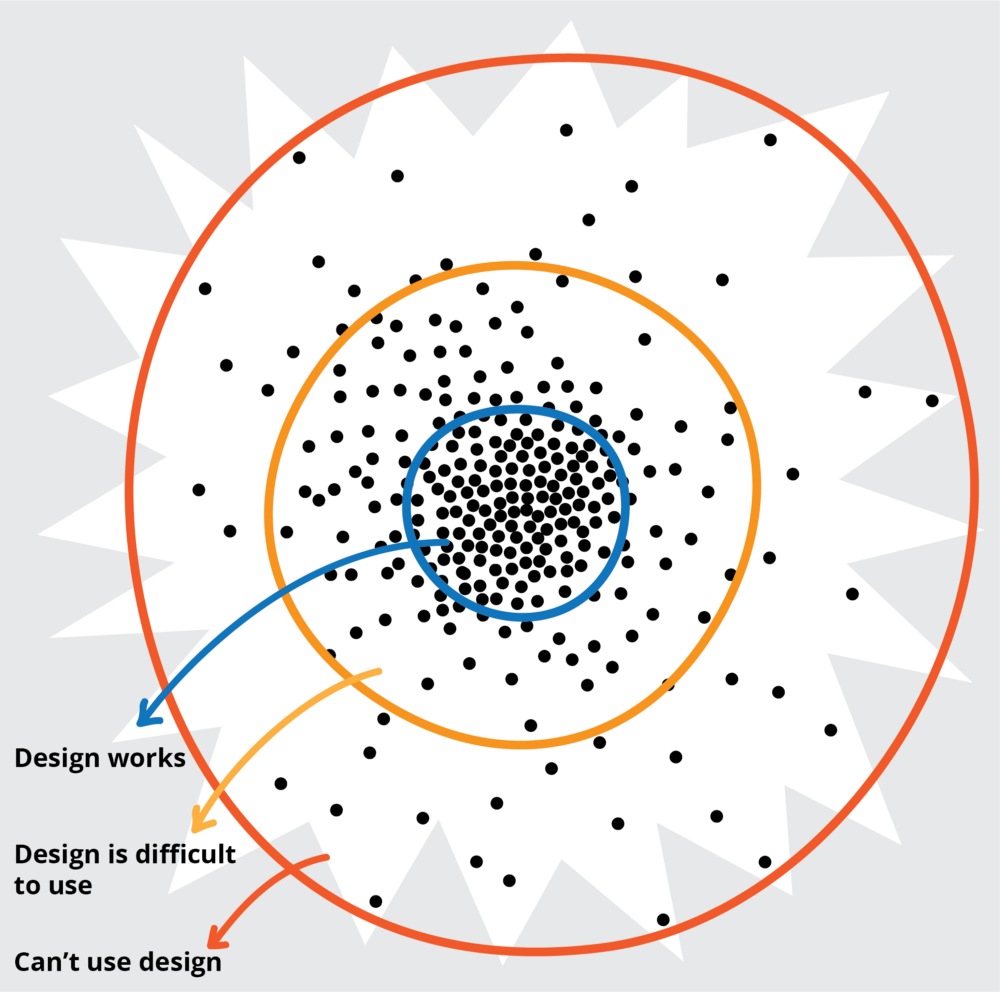 If we were to take the preferences and requirements of any group of people and plot them on a multivariate scatterplot, it would look like a starburst.

Data science predictions will be highly accurate for the dots in the middle. But these predictions become inaccurate as for dots further from the middle. They will be plain wrong for the outliers at the edge—like people with disabilities. In fact, outliers are often removed entirely from datasets (a practice known as “cleaning”) because they don’t appear in numbers that are statistically relevant.

Designing for the 80% middle cluster is not just unfair and inaccurate. It’s also optimizing towards homogeneity and conformity—an action that is fundamentally at odds with diversity and inclusion goals

That’s also a bad plan for designing good systems generally. That outer edge is where we find innovation, not the complacent middle. AI research and data analytics should work to discover the diverse range, which is located on the edge or the periphery.

Systems that value the edge of our human scatterplot:

To  learn more about why data systems can’t recognize​ ​or​ ​understand​ ​people​ ​with​ ​disabilities through traditional statistical modeling methods, listen to the podcast episode How Artificial Intelligence Creates Discrimination in #HR & #Recruiting with Dr. Treviranus.

Researchers like Dr. Treviranus are working on new methodologies to create inclusive datasets. But at this time, employers can’t use traditional statistical auditing effectively to know if they are discriminating against people with disabilities. Removing obvious data sources, such as demographic data, is insufficient.